So Where is Calabria!?!?

December 21, 2019
*September 7, 2019*
So Where is Calabria?
Thanks to one of our blogger's questions, I realized that many people have no clue where Calabria is.. oooops!  And to be honest, the major southern areas that most people are familiar with are Naples and Sicily..
I can't tell you how many times I had to pull my map out on my phone to show them.. It's like no one believes that there is anything in between Sicily and Naples! lol. And I know that my fellow Calabrians can sympathize with me on this and laugh as well.
So a quick geographical view of the Italy's regions.. and there on the bottom (lets say the tow of the boot) with a big red arrow pointed to it, is our beautiful region. 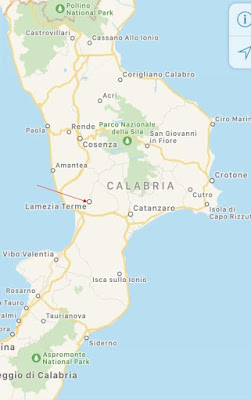 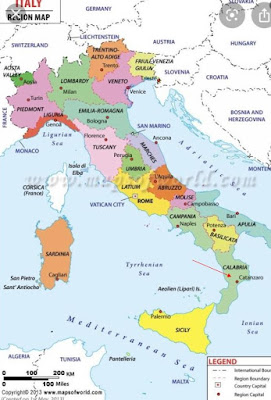 So now lets zoom in a little bit more to show you the airport Lamezia Terme which lies on the west side of Calabria. Catanzaro on the east side is the Province, and you can see Isca a little bit further down.
Now lets zoom a little more into the east side of Calabria which is our focus of this blog (at the moment).. I say that because the west side is just as beautiful and perhaps later on we can dive into that as well.. :)
Ok, the red arrows are pointing to Satriano and Isca sullo Ionio which are the 2 towns that we have been describing so far; all the pictures that you have seen on the blog are from there. Don't worry, Calabria is filled with towns like Satriano and Isca: you have Davoli, Badolato, St. Andrea, and many more with amazing food, culture, and activity. 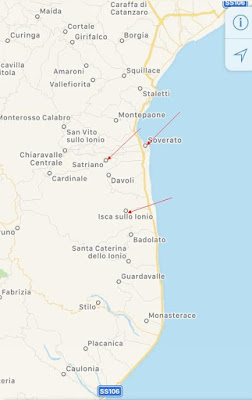 Now, along the coast you have Soverato which is one of the popular beachside tourist attractions.  Now, when I say tourists, I want to make sure everyone understands what that means.  During the summer months from late June to mid August, Calabria is filled with locals that travel from Northern Italy to this southern region.
Now, why is that?  Aren't there beaches up north as well?..
Italy's northern cities are very similar to the New York and Philadelphia: hectic, busy, and always stressful.
Many of the people that work up north have origins in the southern part, so for them, what's the best way to escape that hectic lifestyle?...Go down South! and reunite with their family and spend their summer vacation relaxing, eating good (homemade) food, and getting tan on Italy's beautiful coastline with clear emerald water.
Hopefully, these maps helped orient everyone! thanks for reading and keep following. Remember, if you have any comments or questions post them!

*August 24, 2019* Amazing, Amazing... Beautiful Calabria... Italy's hidden gem!   Get ready for authentic culture, fresh food, and raw humor!!! The Ionian Sea in Calabria... beautiful emerald water surrounds these breathtaking hills and mountains to create the ultimate landscape!  As you venture inland, you will find many small towns nestled in the rolling hills.. amongst those towns, are the towns of Isca and Satriano... the focus of this blog.   This is where our family comes from and we want to share our memories and experiences with everyone, because sharing our passion for this region is important in keeping the culture and traditions alive and we hope you can envision the lifestyle as we take you through our stories. 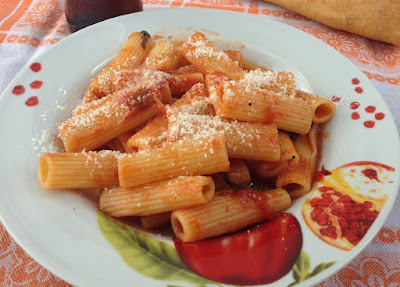 *October 23, 2019* Lets dig in!!.. Italy is known for its mouth watering creations.  Each city and town has their specialty cuisine.  Pizza in Naples is not the same as pizza in Roma, although both are unforgettable in their own ways, each has its distinct uniqueness.  Locals from neighboring cities argue about who makes the better dish; nobody wins this argument but everyone enjoys the fight.   There is a reason for this; besides the fact that Italians love to prove a point, they are passionate about their cooking, and no one can be better at it... There has always been a mystery to the secret of good Italian cooking.  If you want to cook like an Italian, there are a few key elements that are a must have.   Are you ready for the secret?... 1. Fresh ingredients (of course), and 2 things that you would not expect: pride and love. It sounds silly but its true.  Fresh ingredi *December 20, 2019* Let's Fall into Olive Season!! October and early November bring the crisp weather to Calabria and with that comes the beginning of olive picking season.  During this time families come together and hand pick olives to make their extra virgin olive oil; as you can imagine, this means making enough olive oil to last all year until the following fall.  The process is hard work and depending on the season, the olives are not always plentiful.  But when the season is right and the olives are ripe, its worth the achy muscles.  The olives are dropped onto nets, then collected into bins and brought over to the mill, and its all controlled by the families themselves.  The beautiful part about this process is familes and neighbors coming together to collect and press their olives...and of course, dip some bread into the first pour that comes from the machine.  How else do you know if the olives are good?  As always, sharing is caring and the more people that try